The Messaging Module now includes a feature that allows call admins to view the list of recipients for a message before the message is sent!

Just create your message like you always have. When you go to preview the message, you’ll see a link at the end of the "To" header (right) indicating how many messages will be sent. Click that link and a window will open with a list of the recipients and how many copies each will receive. (Recipients receive one copy per proposal, so someone with multiple proposals would receive more than one copy of the message.)

The link is also displayed for draft messages on the main Messaging Module page.

After a message has been sent, the link is replaced with a list of actual recipients and the delivery status for each one.

Call admins can now use proposal labels when defining message recipients in the Messaging Module!

When you create a message for proposals, you’ll notice the "To" section (right) now has a "Labels" option to the right of the status and recipients options. (Unlike the status and recipients options, the Labels option is optional and only displayed if your call actually has labels. Also, it’s only available for messages to proposals, not reviewers.)

To use the new labels option, just click it and select the label(s) you would like to include in your selection criteria. As before, the "Total emails to be sent" counter will immediately update to reflect the number of recipients that match your criteria.

As always, if you have any feedback—especially ideas for improvement—please don’t hesitate to let us know!

Have you ever wanted to organize your call’s proposals using your own taxonomy? Well now you can, with labels!

Call admins can now create and apply custom labels to any proposal. They’re completely under your control. You decide what to call them and which proposals to assign them to. You can then use them to find proposals according to the labels they’ve been assigned.

And the best part? They’re included as a core module at no additional cost and with every call, new or existing!

For now, labels can only be used with the Tracker’s search function. They’ll soon be available in a lot more areas though, like the Messaging Module and Data-export Tool. We’ve also got plans to extend them to user profiles and to make them available to review chairs and reviewers. (We’ve also got plans to add tags to the system, but that’s an entirely different topic that I’ll cover in another post.)

To get started, pull up any call and click in the navigation. From there, you can create new labels and edit and delete existing ones.

When you’re ready to apply labels to a proposal, just pull up the proposal in the Tracker, click the ellipsis button immediately below the proposal’s title (see screenshot detail, right), and select the labels you want to use.

There are two ways to find proposals using a label: From the Labels page or from the Tracker’s search feature.

We’ll keep everyone posted on our progress adding labels and tags throughout the site. In the meantime, let us know what you think!

Just a quick note to let everyone know that you can now send messages via the Messaging Module for calls that have been archived.

Previously this feature was disabled, but we had a request from an organization that wanted to send a notice about their upcoming call to everyone who submitted a proposal for their previous call. The previous call had been archived, so the only way they could send a message was to use the data-export tool to download the email addresses, which they could then use in a standard email client.

We agreed that was too many hoops to jump through for a pretty common practice, so we unlocked the New Message feature for archived calls. Now you can use the Messaging Module to contact authors or reviewers for any call, including those that have been archived!

Call admins can now use profile information for default answers in role forms!

Previously, the only two questions in a role form that could be auto-filled with information from a user’s profile were name and organization—both of which were hard-coded into the form. And with any other question you could only define static text for a default answer.

Now, the question-settings dialog has an additional Default Answer option for all text questions, including name and organization. You can still provide specific text to auto-fill the answer, but now you also have the option to select a data element from the user’s profile.

In the example to the right, the email address from a user’s profile will be used to auto-fill the question whenever someone is added to a proposal.

We’re hoping to expand the list, so if you’re a call admin and would like to have access to other information in user profiles just let us know!

BTW, when you create a new role, name and organization are still included by default as the first and second questions, with full name and organization as their default answers. Now, however, they’re fully customizable like all other questions, meaning you can move them to other positions in the form, change their default values, make them optional, etc.

All accounts now have a setting to enable or disable access to their profile information for the autofill feature (left). The default for all accounts is to not autofill information, so if you would like to take advantage of this new feature, just go into the Privacy Settings area of your Account Settings and check the box to turn it on! 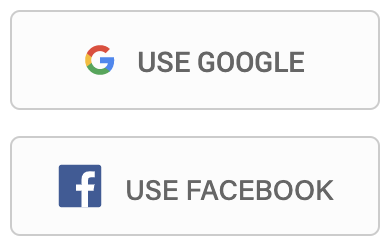 Note that if you use Google or Facebook to sign in and want to switch to using a password specifically for ProposalSpace, you’ll need to revoke the permissions from the Google or Facebook side of things first, then contact us to complete the process. You can find instructions for how to revoke permissions on Google’s website (under "Remove site or app access") and Facebook’s website (under "How do I remove an app or game that I’ve added?").

While we would all like to imagine a world where authors submit their proposals well before the submission deadline, the harsh reality is that a good number of them wait until the very last minute to click the Submit button.

Of course, ProposalSpace displays the submission deadline prominently at the top of every proposal and, if the deadline is less than a week away, also displays a notice with the time remaining:

While this is helpful, we’ve had a few authors mention that they felt cheated out of a few minutes because their computer’s clock wasn’t in sync with the "official" clock on the server, leading them to believe they had more time than they actually did.

To make sure everyone is on the same page (er, clock), we’re making some adjustments to the time-remaining notice and adding a countdown timer so everyone knows exactly how much time is left for them to submit their proposal.

Here’s how it works:

If the submission deadline is more than a week away, nothing changes. In other words, the deadline is displayed but no notice indicating how much time is left is displayed.

Starting one week before the deadline, a notice is displayed at the top of every proposal showing how much time remains—in days, hours, or minutes. This is the same behavior as before, but the notice has been styled differently to make it a little more prominent:

If under 30 minutes remains, the notice changes to a countdown timer that indicates the official time remaining (based on the server’s time, not the time on the user’s computer). The style of the notice also changes to draw attention to it:

When the submission deadline passes (i.e. the countdown timer reaches 0:00), one of two things happens:

We’re not making any wagers that this new feature will result in authors submitting their proposals early, but at least now they’ll know precisely how much time they have left to work with. 🙂

Starting today, all call admins have access to real-time support via live chat!

Just look in the bottom, right-hand corner of any call-admin page for the icon to the left. If it’s orange, that means the chat feature is live. If it’s blue, live chat isn’t available, but you can leave a message and someone will get back to you asap.

The best part? There’s no extra charge, and it’s available with all calls—active or draft.

Of course, you can still email or call for support if you like, but why not get help right when you need it?

UPDATE (June 2019): We’ve disabled this feature for now. The software wasn’t living up to our expectations. We’ll hopefully have a replacement soon.

Another quick note to announce a new feature…

You can now display more than one comment field to authors!

One other small change: Instead of the comments being displayed on their own page, they’re now included at the bottom of the proposal, making it easier for authors to reference their proposal while reading comments.