In 2014, a company called Musical.ly released an app designed to make it easy for anyone with a smartphone to upload short-looping videos of themselves lip-syncing songs. In 2018, Musical.ly merged with TikTok, another video-sharing service. Content generated with the app has quickly evolved beyond simple lip-sync videos to include just about any type of brief, viral content imaginable, including memes, pranks, and challenges. As of late 2019, the app has reportedly been downloaded 1.5 billion times and has an astounding 700 million active daily users.

From celebrities to college students, the platform has become a prime option for reaching new audiences and ensuring a brand is part of relevant trends and cultural movements. So if you want your conference or event to be at the forefront of social-media marketing and engagement, check out our tips for integrating TikTok.

TikTok’s users tend to skew young compared to most other social-media platforms. According to TikTok itself, 41 percent of its users are between 16 and 24. So while you might not get an immediate return on investment, you can begin building interest and excitement in a younger audience segment that will begin filling your member/attendee pipeline.

With TikTok’s huge (and growing) userbase, many content creators have already accumulated large followings that interact with the videos they post. Similar to how you might work with a blogger or Instagram influencer, you can look for a creator on TikTok that has a connection to your industry. Just search one of your popular industry hashtags and look through the results for a creator with a large following and branded content in their profile.

Another option is to create ads directly through TikTok similar to companies like Pepsi, H&M, and BRITA. These and other companies sponsor hashtag challenges that motivate users to utilize their products or marketing campaign themes in their video content. More about TikTok ads.

Consider these ways you might integrate TikTok videos into your event to update or modernize conference/meeting staples:

Whether you’re utilizing TikTok as a marketing tool or way to engage attendees, it is all about making and sharing fun video content. You might even choose to use TikTok lip-sync videos as a way to lighten up and reenergize a room after a lunch break or longer session breakout. The possibilities are as endless as your creativity. Let us know in the comments or on the ProposalSpace Twitter if you end up integrating TikTok into your conference or event and have ideas to share!

It’s worth noting that some government agencies, like the U.S. Army and Navy, ban TikTok on employees’ devices due to security concerns regarding the company’s ownership and perceived ties to the Chinese government. So if your conference or meeting has a significant number of attendees who work for the government, your TikTok user base might not be as extensive.

Snapchat has changed the way we think about video content on social media but has been challenging for many associations to understand and use for their audiences, while also being worth their time, energy, and resources invested into the app. Even still, it’s an important platform for associations to utilize as more people use Snapchat than Twitter, in terms of daily use. Disappearing content and unedited video are extremely popular with millennials, and Facebook, the most popular social media platform, predicts video content is the future of online engagement.

Here are the best practices we’ve found to work for associations: 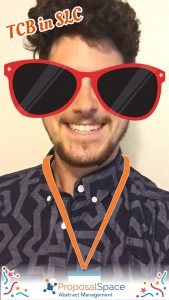 To the left are examples of a Geofilter ProposalSpace created and ran during the 2016 ASAE Annual Conference in Salt Lake City.

Is your association on Snapchat? Comment with a great snap you’ve saved and any additional ideas you have! 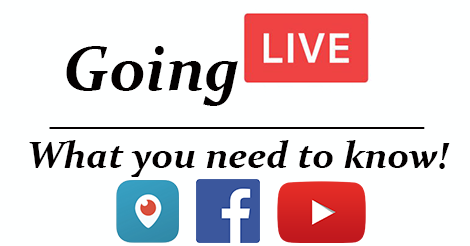 Posting pictures after an event can engage your attendees once they return home, but what about engaging a larger audience—both present and remote—during your event? Here are some sites/apps that make it easier than ever to broadcast events, like major announcements, keynotes, breakout sessions, and panel discussions.

If you’re on Twitter then you might have seen or heard of Periscope, an app that connects with Twitter to broadcast live video from from a smartphone, GoPro, or even a drone. Named the Apple App Store’s Best App of 2015, Periscope reinvigorated social platforms to focus on live content and even classify it higher in their algorithms. According to their website, Periscope is “the closest thing to teleportation” available.

Audience feedback can be sent to the content creator in real time via comments and heart images, which disappear after a few moments after appearing in the lower, right-hand corner of the video. Moderation of chat spam and abuse is managed by the audience watching each broadcast. Videos can either be saved indefinitely (now the default) or automatically deleted 24 hours hours after broadcast.

How to use Periscope for a speaker session:

Leave it to Facebook to quickly adopt a social trend and work incredibly hard to outdo other platforms. With Facebook Live, you can broadcast from your phone and your friends can comment and react using Facebook Reactions that slide across your video. Once you go live on Facebook, the platform’s algorithm places your video at the top of your friends’ news feeds, which can be huge for your live content and page. Once you end your live streaming session the video will be available for playback on the profile page of the account you used to film. You can even “boost” the video after it has been posted to increase views, likes, and comments.

How to get the most out of Facebook Live: 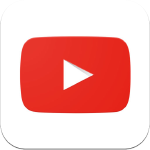 YouTube has been the internet’s video giant for years. Owned by Google, it makes sense for them to get in on all the live-broadcasting action. Live broadcasting is definitely not new on YouTube (it’s been available to certain users since 2011), but Google has been working to build out increased live streaming functionality for its app to compete with Periscope and others. This app update has not yet been released, but many are counting on it to up the ante for other live streaming apps.

We’ve only scratched the surface when it comes to live-streaming products, focusing on the ones we think will get you the highest engagement for your time and energy. There are plenty of other apps out there, though, many of which might be a better fit. Leave a comment and share with us if you use something else that has brought you great results or have additional questions about live streaming.

Note: As of 7/26/15, it appears TweetNotes is no longer online. If you wish to share other applications to assist with organizing, engaging, or managing Twitter, feel free to comment below!

For anyone who wants to capture and archive tweets from a conference, you might want to check out TweetNotes.

What makes the app so special? For one thing, it’s free. It also lets you:

The developers say they’re planning a lot more features, including additional collaboration tools. We’re not sure how they plan to monetize it, so it might not be the best option for mission-critical applications, but definitely worth looking into.